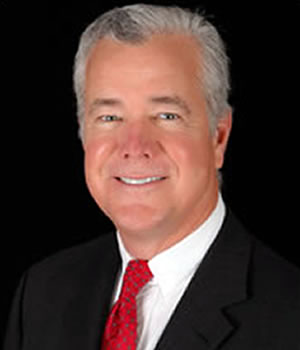 Since 1985, Ed Quinton's law practice has focused on the representation of Florida automobile dealers. Ed has represented some of the highest sales volume dealers in the country in franchise matters, including successful franchise termination defense and buy-sell transactions. Also, over the years, Ed has litigated a variety of commercial litigation cases for clients.

Having represented auto dealers for over 30 years, Ed has significant experience representing dealers in the following matters:

Ed has represented dealers in state and federal courts, as well as before the Florida Department of Highway Safety and Motor Vehicles. Ed has litigated numerous administrative cases on behalf of dealers and against manufacturers before the Florida Division of Administrative Hearings on franchise issues including adverse new points or relocations. Ed has appeared before Florida legislative committees promoting pro-dealer legislation and has extensive experience handling appeals for Florida dealers before the Florida District Courts of Appeal. Ed has also represented numerous Florida dealers in arbitration proceedings.

A native of Miami, Florida, Ed Quinton graduated from Duke University with an economics degree where he enjoyed playing on Duke’s baseball team.

After graduation, Ed worked as a Research Assistant for United States Senator John Heinz in Washington, D.C. He then moved back to Florida to attend the University of Florida Law School where he was on the Law Review and graduated in 1984.

The hiring of a lawyer is an important decision that should not be based solely upon advertisements. Before you decide, ask us to send you free written information about our qualifications and experience.