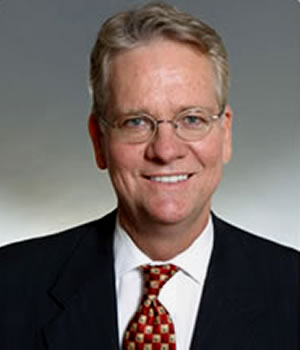 Bob Galt is Of Counsel to Quinton & Paretti, PA. and has over 30 years of commercial litigation experience involving a variety of industries.  Bob is a native of Miami, Florida, and began his practice with a local civil trial law firm in 1979.  Prior to starting with Quinton & Paretti, PA, he was a partner in the Miami office of a large international law firm for over 22 years.

Bob Galt holds an AV rating from Martindale-Hubbell Law Directory.  He has authored numerous articles and been a speaker on various legal topics.  Bob has been selected by his peers for inclusion under commercial litigation as a "Top Lawyer" in the South Florida Legal Guide, and under business litigation as a "Florida Super Lawyer" in the Law and Politics magazine and as a "Florida Legal Elite" in the Florida Trend's magazine.

Bob Galt has tried cases in federal and state courts to both juries and the bench.  He has handled a wide range of business disputes for plaintiffs and defendants throughout Florida, including litigation related to real estate, construction, securities, distribution and manufacturing, products liability, personal injury and intellectual property. In addition, Bob has experience in class actions, arbitrations, mediations, proceedings for temporary and permanent injunctions, and litigation involving claims of business fraud, breach of contract (including covenants not to compete), breach of fiduciary duty, negligence, tortious interference, defamation, deceptive and unfair trade practices, misappropriation of trade secrets and securities fraud.

Mr. Galt is a native of Miami, Florida, and resides with his wife and their six children.

The hiring of a lawyer is an important decision that should not be based solely upon advertisements. Before you decide, ask us to send you free written information about our qualifications and experience.